What is the purpose of an incident response plan? 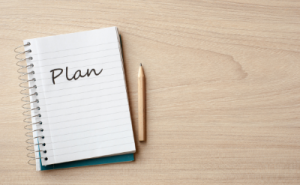 “…And none of us had a playbook…there’s a thing they say; ‘Ok, this is happening now. Crack this open and it’s going to give you the playbook of how to deal with this.’ It wasn’t there.” – Dan Bartlett, Former White House Deputy Communications Director.

Having recently watched the BBC documentary ‘9/11: Inside the President’s War Room’, the comment from Dan Bartlett resonated. On that day the unimaginable happened, so how could it have been envisaged let alone planned for? Who could’ve possibly designed a playbook or a response plan for such a devastating event?

But 20 years on, a ‘playbook’ and incident response planning for an instance of such scale is now not so much of an outlandish concept.

Preparation and planning for an incident is vital to any business, institute or organisation, no matter what size instance, establishment type, whether a cyber breach or non-cyber event. An incident response plan provides composure in a chaotic and confused situation, and playbooks within the plan can give effective, clear direction in time of crisis.

From own previous experience or learning from the incidents of other similar organisations, a plan can be devised to address feasible threats and crisis situations.

By creating an incident response plan that covers most possible events, you can identify;

Have you thought about what actions are needed for you to respond effectively to mitigate an incident as quickly and efficiently as possible? What factors need to be considered when responding to an unexpected event? Who is going to action various tasks, how and when?

Some incidents can be contained within one department, but others may require input by several. Do these colleagues know what they need to do, what action they need to take? what role they play?

Do you have the right tools to hand, and do the relevant people know how to use them? Just as a volunteer fire marshal may have the knowledge and training to use an extinguisher… what if there is no extinguisher?

It’s critical to consider the fall-out of an incident and what responsibilities you have to inform internal management hierarchy and potentially external authorities especially if incident has a direct effect on public safety and welfare.

Having a plan is worthless if no-one knows how to implement it. Running regular training exercises based on the plan, with the key colleagues using the tools required, will ensure that should the worst happen, everyone is well aware of their roles and responsibilities. And actions can be taken calmly and effectively to reduce incident impact.

By planning out the scenarios of potential incidents, you can create your incident response plan to address most eventualities and create your playbooks within the plan to be able to effectively respond to various situations.

Not all events can be conceived, but with an effective incident response plan prepared you are better placed to deal with the unexpected; and your team, your colleagues, your organisation will be best prepared to react quickly and efficiently.

To optimise response plans, many organisations use a platform that brings all the key incident response components together into one place to provide easy and quick access for all those involved in responding to an event.

Find out more about choosing an incident response platform here.

We regret that we are ending the general availability of the downloadable edition of CyberCPR Community; this is ahead of the launch on the 29th

The Devs have been hard at work the last 9 months and we have been firing updates out on the CPR Support portal however, I

Bringing Cyber Security to the forefront. With ransomware attacks taking place every 14 seconds and cyber crime projected to cost the world $10.5 trillion annually

This website uses cookies to improve your experience while you navigate through the website. Out of these cookies, the cookies that are categorized as necessary are stored on your browser as they are essential for the working of basic functionalities of the website. We also use third-party cookies that help us analyze and understand how you use this website. These cookies will be stored in your browser only with your consent. You also have the option to opt-out of these cookies. But opting out of some of these cookies may have an effect on your browsing experience.
Necessary Always Enabled
Necessary cookies are absolutely essential for the website to function properly. This category only includes cookies that ensures basic functionalities and security features of the website. These cookies do not store any personal information.
Non-necessary
Any cookies that may not be particularly necessary for the website to function and is used specifically to collect user personal data via analytics, ads, other embedded contents are termed as non-necessary cookies. It is mandatory to procure user consent prior to running these cookies on your website.
SAVE & ACCEPT